Dr. Nikola Tesla is considered to be one of the most prolific inventors and scientists of the late 19th and early 20th century. He is most renowned for his work with alternating electric currents, high frequency resonant transformers and different methods of wireless signal and energy transmission. More often than not his inventions and concepts are misinterpreted and used as a kind of coverall for all sorts of ideas and theories. Especially interesting is the case of Tesla’s Magnifying Transmitter – TMT. Nowadays the physics behind TMT and engineering calculations are for the most part understood, mainly due to work of the Corum Brothers and Eric Dollard. Also, from 1980’s to the present day numerous versions of TMT have been built both by amateurs and professionals. However, there are still some aspects of the TMT behaviour that are not well understood. So, in the decades after Nikola Tesla’s death, various theories on its possible applications were proposed by different authors.

This previously unpublished manuscript of Dr. Andrija Puharich provides an interesting hypothesis on possible uses of Tesla’s Magnifying Transmitter as a basis for the electromagnetic warfare weapons on a global scale, capable of affecting human nervous system as well as being capable of disrupting the power distribution systems of the enemy. Dr. Andrija Puharich in the manuscript also mentions a few names of the alternative researchers of the time and their works. Most notable of the researchers that Dr. Andrija Puharich mentions is certainly Lieutenant Colonel (U.S. Army) Thomas E. Bearden, who at approximately the same time proposed his theory on the possible existence of “scalar weapons” based on Tesla’s concepts, which were allegedly built and operated by USSR.

Dr. Andrija Puharich wrote several articles on the topic of scalar weapons which indicates that he made a distinction between those two supposed electromagnetic warfare systems working on a global scale.

The main difference between their theories is that Dr. Andrija Puharich also proposes that there also were in existence concurrent military programs run by the USA. In the second part of the manuscript, Dr. Andrija Puharich went a step further and proposed several technical solutions to counter the effects of such electromagnetic weapons on the human nervous system. Although such proposals are often dismissed by sceptics as being pseudo-science, at least some consideration should be given to proposals of Dr. Andrija Puharich considering the sheer number of later publicly released scientific papers and patents pertaining to the use of various radio-frequency systems that directly affect the human nervous system in order to alter its behaviour. The rest of the manuscript is interspersed with various, sometimes seemingly unrelated, references to his other research methods of resonant water dissociation and to his work on other types of biomedical devices. Interestingly enough, Dr. Andrija Puharich also finds it necessary to insist on 6.66 Hz being the main resonant frequency of the Earth with no apparent scientific reasoning to support that assertion. Considering his research of the paranormal and his involvement in various occult practices, most notable of which is “the channelling of the Nine”, it can be assumed with a high degree of certainty that such references should be considered out of the scientific context of the rest of the manuscript.

Be it as it may, the manuscript of Dr. Andrija Puharich “Tesla’s Magnifying Transmitter – Electromagnetic Warfare” makes an interesting read and presents his original theories on possible uses of Tesla’s ideas for the purpose of global scale warfare. At the same time Dr. Puharich also proposes methods of countering the effects of such weapons on people which, whether feasible or not, certainly present a positive conclusion to a rather grim topic. 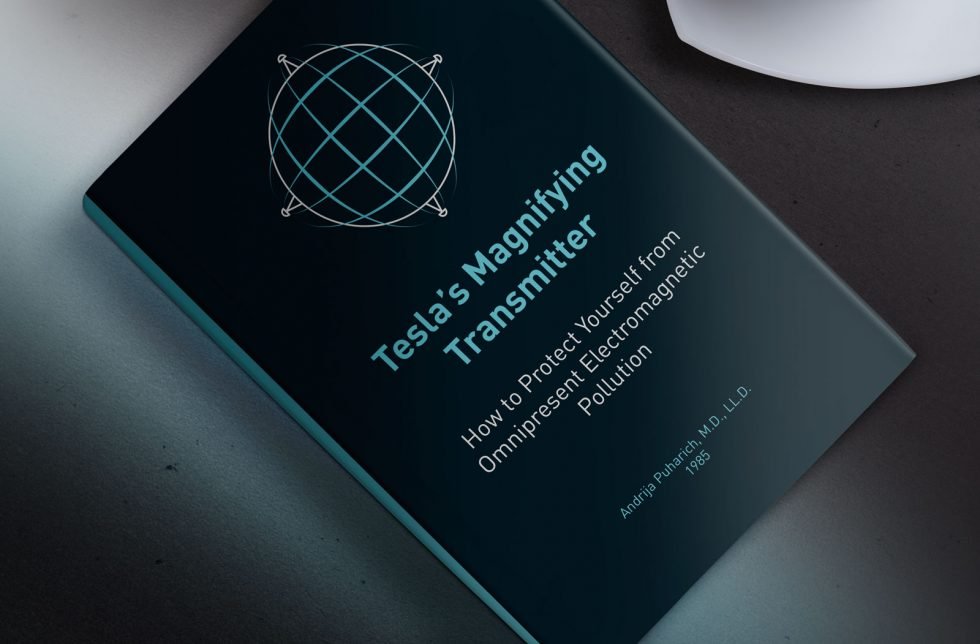 "This previously not publicly available manuscript of Dr. Andrija Puharich provides an interesting hypothesis on possible uses of Tesla’s Magnifying Transmitter as a basis for the electromagnetic warfare weapons on a global scale, capable of affecting human nervous system as well as being capable of disrupting the power distribution systems of the enemy."

Our longstanding mission is to create benefit for people and the environment through technological innovation.